Need For Rooms On Hourly Basis

The need for rooms on hourly basis is a very important need that has arisen recently. In this fast moving era of internet and shortcuts the need for a place of stay for a few hours is very essential. Not just for travel tours in other cities does one need a place for stay but also when he or she is travelling or taking a tour in their own city. With the society growing large the demands of the people are growing similarly especially in the sector of hospitality. Today the need for rooms for a short span of time provides for the convenience of the travellers and also makes their travel experience flexible. BreviStay. has been opened with the aim of providing this opportunity of a comfortable and flexible journey to its customers. This need is not just felt by the mainstream travellers but a gamut of other people making it altogether profitable both for the service provider and the customer. The liabilities of check-in and check-out timings often hamper the business of the hotels and providing hotel rooms on hourly basis they can keep their profits high too.

NEED OF ROOMS ON HOURLY BASIS

Here are a few reasons as to why there arises a need for rooms on hourly basis:

most travellers are quite aware of the uncomfortable hours that they have to spend in the lobbies of the airport in case their flight is delayed and they can’t book a room for a few hours. Being able to book a room for a few hours saves them from the pain of spending several hours in the airport lobby and they can spend their time comfortably in a hotel amidst the cosiness and comforts that calm the mind.

 Easy way for the businessmen-

many businessmen often have to land at a certain place for a meeting or a conference and want a place to freshen up and repose for a few hours but most hotels don’t provide rooms on hourly basis and they have to give the entire day’s payment despite spending just a few hours in the hotel. Else even if they have a late night flight they need to vacate their room early. The non-flexible rules of check-in and check-out make short business trips an expensive affair for these people.

 Travellers who need a room only to take rest at night-

there are many travellers who have the habit of travelling the entire day and the end of a tiring day all they need is a place to rest and freshen up. They would have several other expenses but a huge sum has to be spent only on the hotel rent. These travellers are more inclined to explore the place rather than spending time in the hotel and in this case getting a room for a few hours helps them immensely.

there are many people who come from rural areas and need medical treatment in urban areas. Before going to the hospital they often need a place to rest and keep their belongings but most of them cannot afford rooms for an entire day and to it the medical costs are added too and hence rooms for a few hours come to their rescue. They can freely spend on their treatment and not worry about the place of stay.

 Also students who come for writing exams and appearing for an interview in different city do not need rooms for a full day but only for a few hours to keep their belongings and rest before catching their train or flight.
 For all these travellers a major concern is to keep their belongings and valuables in safe custody and a good hotel room is the best option.
 In many cases people get stuck in long traffic jams during the monsoons and spending longs hours in the car or going for important meetings in a wet and messy state is very big turnoff. Booking a hotel for a few hours can serve as a great help here. They can take rest till the traffic gets cleared or freshen up and present themself in the meeting in an impressive manner. 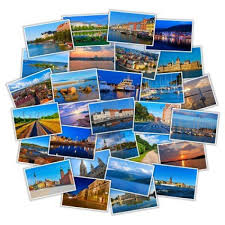 Not just for the customers but this service is helpful for the hotels too. It increases their occupancy as there are a large number of customers who need hotel rooms but are against paying for a full day as it shakes their budget. They prefer spending time in the airport lobbies or offices. Hence this way they get the comforts of home at an affordable price and the hotels receive the profits too. Also selling the rooms for a few hours multiple times a day increases the revenue earned in a day and is highly beneficial for the hotel owners.
Hence the policy of booking hotels for a few hours serves to be beneficial for all the people involved in the hospitality sector. On just needs to make the technology more advanced and win the trust the trust of the customers and make the entire process easier for them. At BreviStay we ensure to win the trust of our customers and provide them with the best rooms at affordable prices. 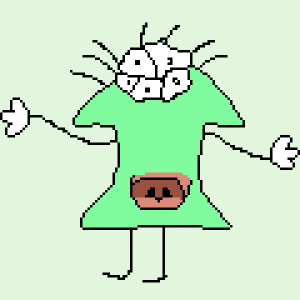 Personal Space Can Make Or Break Your Mental Health

Sex At Hourly Hotels: 4 Tips To Spice It Up

Need Time Alone? Find It At A Place You May Have Overlooked

One thought on “Need For Rooms On Hourly Basis”